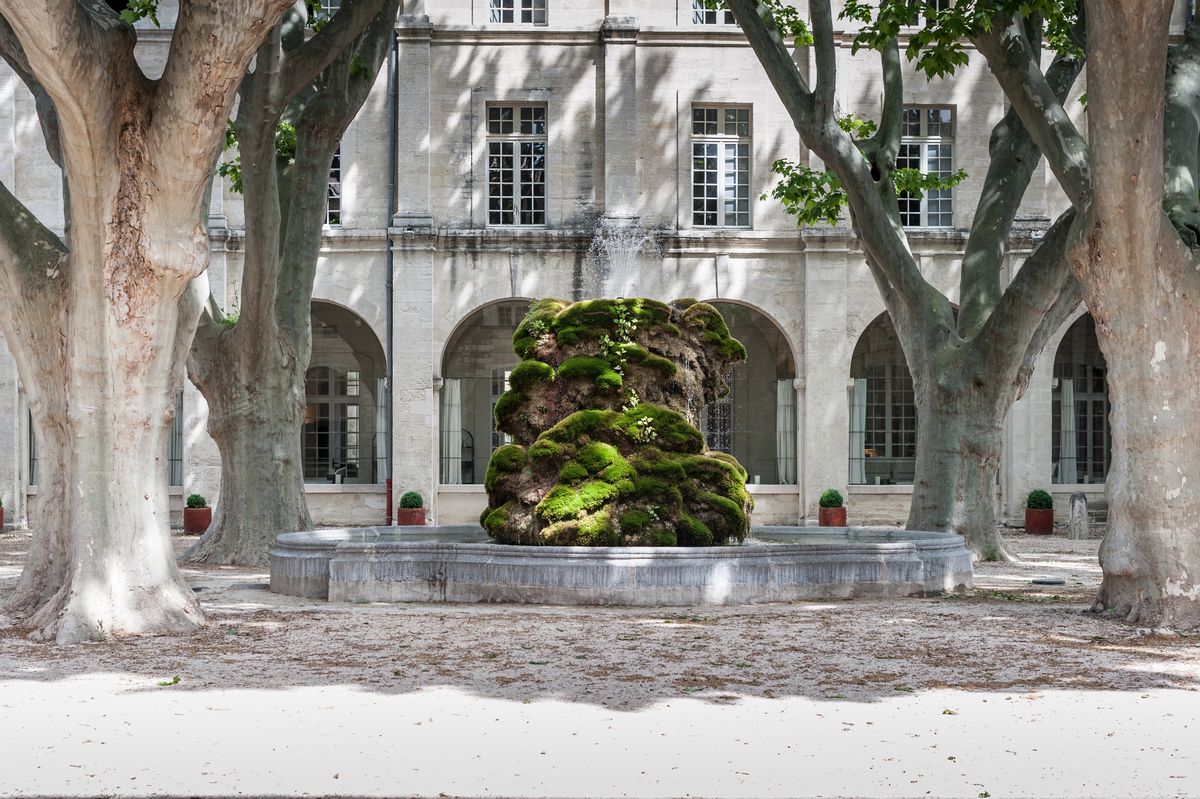 History of the Cloître Saint-Louis Hotel

The history of our charming hotel in Avignon

A former novitiate of the Jesuits of Avignon, this magnificent building in the Vaucluse was built at the end of the 16th century.
Thanks to a donation from Louise d’Ancézune, better known as “La dame de Saint Chamond”, the novitiate was built in 1589 by three architects: Etienne Martelange, Jean Péru and François de Royers de la Valfenière.

When the royal edict banished the Jesuits from France in 1768, the building was transformed into a convent and over the centuries the Hôtel des Invalides de Paris set up a branch there. To this day, you can still read the names of the armies of the first empire and the Revolution.
In 1852, the cloister changed hands following a donation from Louis-Napoleon Bonaparte, becoming the property of the city of Avignon. It would be transformed into a civilian hospital for 40 years.

Since 1950, the buildings have been registered as Historical Monuments.

Discover the charm and authenticity of our hotel

In 1987, the cloister was completely renovated and this building in the centre of Avignon close to the Palais des Papes took on the form of a hotel and a space dedicated to hosting cultural events.

Today the hotel Cloitre Saint-Louis is an emblem of French architecture. For its heritage, for a relaxing night, for lunch or for a drink, there are many opportunities to discover this charming hotel and setting steeped in history.

Rooms for the festival are available !

Book your summer with breakfast included.

Take advantage of the best available rate by booking exclusively on our site.

For any enquiries please email us :
hotel@cloitre-saint-louis.com